The European twinning movement started soon after 1945, with the passionate support of mayors and citizens who vowed that Europe should never again be torn apart by war. Most of the twinnings were between towns from countries that had, till recently at the time, been divided by war. The promotion of this new twinning movement was one of the main priorities of the Council of European Municipalities (as it then was) in 1951, and the 1950s saw a huge increase in the number and range of twinnings.

Wellington officially joined the twinning movement in 1964 with the signing of a twinning charter with the French town of Lillebonne, a town of now around 9500 inhabitants. It is situated approximately 24 miles south of Le Havre in the valley of the River Seine. Lillebonne was the capital of the Celtic tribe Caletes and one-time regional capital of the Roman Empire. It boasts the ruins of the largest amphitheatre north of the river Loire; later its castle was a stronghold for William the Conqueror. Lillebonne now enjoys prosperity from the petro-chemical industries of the north Seine bank.

Lillebonne already had a ”twin” with a town called Immenstadt in southern Germany and so a logical extension to Wellington’s twinning was to join up with Immenstadt and this became our second twin town. Immenstadt lies on the edge of the Alps in Bavaria and has, a population of approximately 14,500 inhabitants. It is a paradise for walkers in the spring, summer and autumn with skiing in winter time. The town also boasts two lakes used for fishing, swimming and sailing.

When the cows are brought down from the mountains at the end of the summer season grazing high up, they hold a festival, known as Viehscheid where the cows are run through the town, before being turned out on lower pastures. Beer tents appear and Bavarian bands play, creating a mini Munich beer festival. King Ludwig’s fairytale castles of Neuschwanstein and Linderhof are nearby.

In 1990 exploratory talks about twinning began with Torres Vedras, a town in Portugal with an area population of around 90,000 people. In Portugal, historians will be aware of the “Lines of Torres Vedras” and the Duke of Wellington’s involvement in the defence of Lisbon, from where the link for twinning comes from. A charter was signed in 1998 and Torres Vedras became our third “twin”.

Torres Vedras is about 50 kilometres north of Lisbon and a short drive from the Atlantic coast and the small town of Santa Cruz. The area is famous for its “pasteis de feijao” which are sweet bean cakes, and also the hundreds of ways of cooking cod, none like the way we do, not forgetting bacalhau or bacalao, dried cod.

Each year Torres Vedras hosts a 5-day carnival, very much along the lines of South American carnivals. For the last several years groups from Wellington have taken part in this event.

Originally twinning was managed by Wellington’s town council but for many years now has been run by The Twinning Association made up of ordinary townspeople from all walks of life. The Association is self-funded, organising a range of activities and exchange trips, and is open to everyone living in Wellington and surrounding district. The only requirement is that you must be prepared to host visitors from our twin towns if you wish to go on visits to our twins.

Trips to our twin towns are organised on a regular basis and similarly, we host visits from our twins with varied activities and social functions to entertain them.

As well as regular adult exchange visits, groups from the Scouts, Majorettes, Carnival, Tennis, Operatic, Brass Band, Cycling and Walking have also been on visits. For many years the schools of Wellington took part in some of the biggest school exchanges in the country, with as many as 3 coach loads of pupils and escorts visiting Lillebonne, and many students learning skiing and snow-boarding in Immenstadt.

In 1989 The Council of Europe awarded a Diploma to Wellington in recognition of the contribution made to European co-operation this was followed by the award of the coveted European Flag of Honour in 1990. 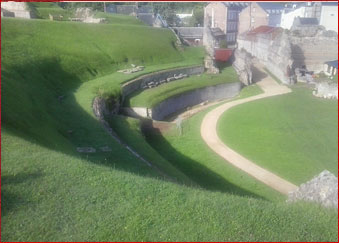 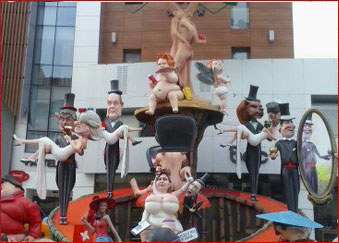 EVENTS AT A GLANCE

Wellington is a small market town in rural Somerset, England, situated near Taunton in the Taunton Deane district, close to the border of Devon and the Blackdown Hills.